The Invaluable Significance Of Soft Skills To Company 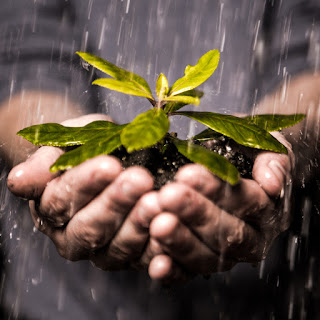 Sometimes we can spend our whole lives studying, preparing and equipping ourselves for the rigors of a competitive work environment and the comforts of a good life. And the pursuit of hard work in academics certainly plays a significant role in accomplishing that. But time and time again, experience tends to show us that all the education and intellectual credentials in the world don’t quite prepare us for dealing with a specific type of situation or a specific individual at a given moment. The nuances of education, string of degrees and depot of knowledge don’t seem to help in navigating through the challenging waters of dealing with people who are as complex as the patterns we see through a kaleidoscope.  And this is where relational or behavioral skills, popularly called ‘soft skills’ come into play. There are several types of soft skills that not only enable better relationships at the workplace but also simply make you a better person overall.

While there are numerous soft skill topics, knowing the fundamentals of how to meet and greet people, engage in a polite discussion with them, follow certain codes of conduct and simply carry oneself in a given social situation, all go a long ways in demonstrating one’s ‘personalization’ abilities but also one’s professionalism at the work place. There are certain fundamental modes of etiquette that are just considered polite, courteous, respectful and professional that makes an employee more personable with his fellow workers. These people are not only easy to work with but are also fun to be around in that their mannerisms are constantly engaged in the harmony and well-being of people around them.

Soft skills can go a long ways in improving the quality of not only the work but also the working environment at any given place. It sets the appropriate tone for working in a professional manner but also cultivates and fosters good habits and behaviors from everyone involved in working together as one cohesive unit. It is no wonder than that companies these days invests so heavily on such professional development training.


Soft skills Training is a crucially important edge that every employee must have in order to function harmoniously alongside their colleagues, While hard skills might enable an employee to get the job it is ultimately their soft skills that equip them to thrive in that job and work alongside their peers.

Leadership – The Ability to See Challenges as Opportunities 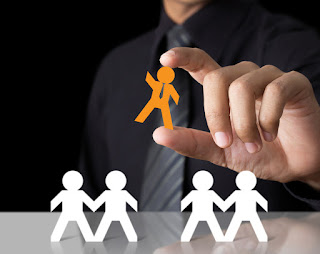 “Life is really simple but we insist on making it complicated!” -Confucius

A brilliant quote, the efficacy of which I would like to demonstrate further by using two real-life business situations.

Situation 1: A famous cosmetics company in Japan received a complaint from one of its customers that the soapbox he purchased from there was an empty one. Immediately the authorities got together to discuss the origination of the issue. They realised that the problem was with the assembly line the work of which was to transport all the packaged soap boxes to the delivery department. The Management asked their highly qualified technical experts to solve the problem. They worked hard on it and came up with an expensive X ray machine with high resolution monitors. This machine was to be manned by 2 people who would watch all the soapboxes to ensure that none was empty.

At the same time, a small company faced a similar issue. The owner did not have the highly educated and paid engineers. Nor did he have the huge budgets. Faced with these constraints, he devised a simple solution. He bought a powerful industrial electric fan and showed it at the assembly line. All that the fan did was it simple blew the empty soap boxes out of the line.

Situation 2: There is another curious case that happened when NASA started launching astronauts into space. They found that the pens used by them wouldn't work at zero gravity because ink would not move down to the writing surface. To solve this problem, it took them almost a decade and an exorbitant amount. Ultimately they developed a pen that could work at zero gravity and that would write on any surface. However the Russians came up with a simple solution to this complicated problem -they used a pencil instead of a pen.

A key leadership quality of the 21st century is to be able to see challenges as opportunities and not as constraints. The leadership skill of being able to think ‘out of a box’ is second to none in this fast-paced, competitive world in which the word ‘stagnancy’ is obsolete.

Leadership Training programs that focus on developing these leadership competencies are greatly sought after by corporates.